Dr Perdita Phillips, who is a professional artist, pointed my way to the book below, which refers to one of my fantasy worlds, and the maps that Perdy did for the Isles of Glory trilogy. (She does all my maps.)

The book is:
Here Be Dragons
by Stefan Ekman

The back blurb says he "provides in-depth discussions of fantasy maps and how to read them" and "shows how fantasy settings deserve serious attention from both readers and critics".

The Isles of Glory map is reproduced in his book as an example of something which is not all that common in fantasy mapmaking. In most fantasy books with maps, there is no unknown world to discover beyond the edges of the map. Sometimes there is only water; at other times the secondary world beyond the edges of the map is simply unknown and unexplored. What Ekman found interesting about the Isles of Glory is that the world beyond the Isles is actually the known world, while the Isles are the newly discovered world. The map makes this quite clear.

Ekman is intrigued by the idea that "Known and unknown are turned around here, the well-known residing off the map. Wherever the political, financial, and cultural centres are to be found in this secondary world, they belong in the regions beyond the map's margin – the Isles of Glory, in the middle of the map, are part of the world's periphery."

It's an interesting book, and an easy read. It's also loaded with lots of examples. How common is it for fantasy novels to contain at least one map? Of the 200 novels in his sample, 34% contained one or more maps, the incidence being more than double that number if the world portrayed was not the one of the writer and reader, but of a world that we would not recognise -- what he calls a secondary world.

And here's today's totally unrelated photos, from the "primary world": 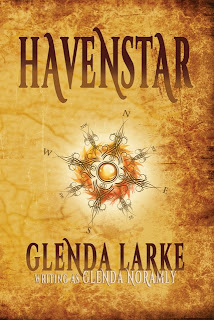 HAVENSTAR, my first published book, is now available in any format that you could possibly want. And I am utterly delighted to have it that way.

There is something extraordinarily special about a writer's first published novel. You never forget that moment when you receive the news that you've had a book accepted for publication. The delight, the sheer disbelief, then wonderment that all those years of trying have not been in vain after all.

For me, there was also a devastating sadness. I received the news just before my mother's funeral. She died without knowing that I had at last achieved a lifetime goal.

Although the first publisher went belly up very shortly after it was published, Havenstar has never failed me. You see, the people who read it have almost universally loved it. And that is incredibly rare. In fact, one thing an author has to get used to is a variety of reviews -- you can't hope for any book to be loved by everyone. 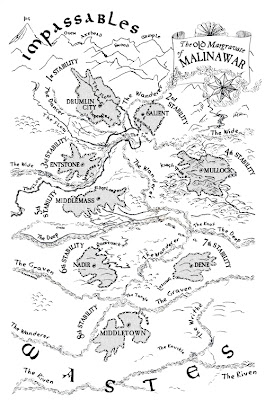 Nonetheless, no other book of mine has been so widely loved as Havenstar has. Others have done well, but this one has been special to so many people, and they have told me so with their reviews, with their five stars, with their fanmail. Better still, new readers are telling me it hasn't dated, not even 14 years after its initial publication.

Readers may love the book, but I am so grateful to them. Those readers have carried me through the bad years and at times when I've wondered if it was all worthwhile, or if I had another book in me.

I dedicated the original Havenstar, quite obviously, to my mother. But in this new edition I have added something: an appreciation to you, my reader. Thank you. You are special.

And to the new reader, I hope you enjoy it too.

Australian bookstores: Try the independent bookstores first. Ticonderoga has a list here, where you have a good chance of finding recent Ticonderoga editions.

In UK and US and elsewhere, you can always order physical versions through your local bookstore.

Book Depository has copies too (also owned by Amazon).

Note: The ebook version will eventually go up on Amazon, but I get a bigger slice if you buy your Kindle version through Smashwords!
Posted by Glenda Larke at 11:02 am 1 comment:

Splendour in the Grass...

Or perhaps, more accurately, Splendid in the grass, for this is the Splendid Fairy-wren and part of his family that we came across today on our morning walk. This charming male hopped all the way up to my feet, hence the rather odd angle of the first couple of photos. 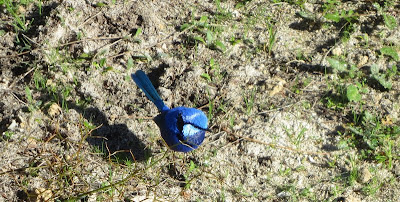 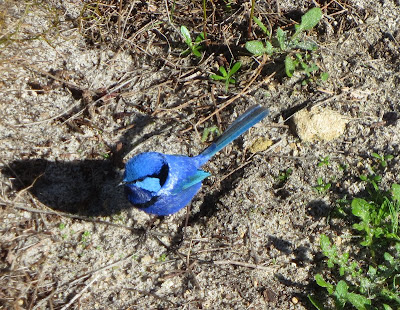 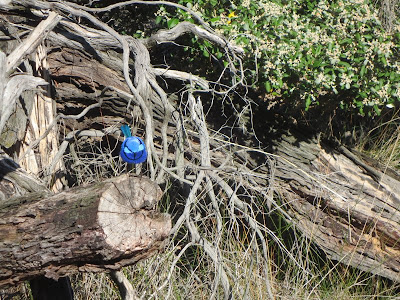 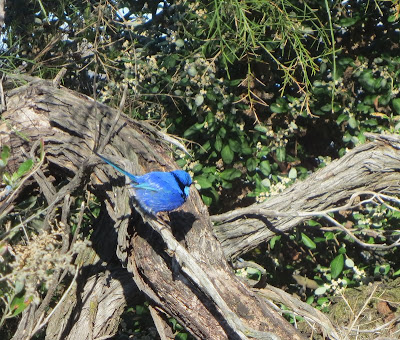 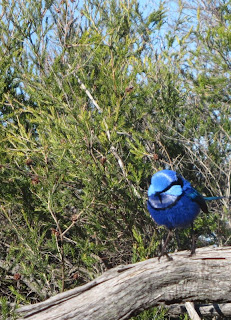 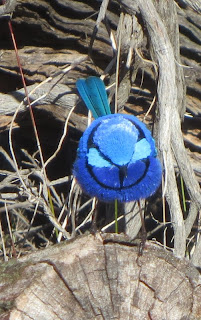 And below, a member of his family, another male, non-breeding. 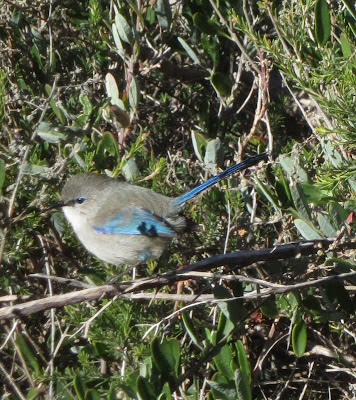 And one of the females below. Fairy-wrens are social, living in groups which cooperate and defend a territory, but there is usually only one breeding pair. 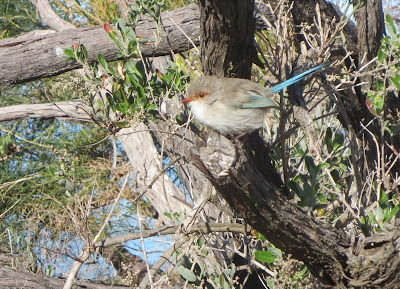