Where I was over the weekend. Working.

Oh, I do miss Sabah sunsets... 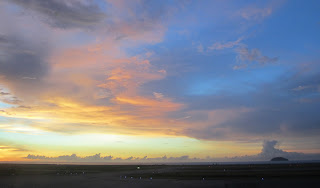 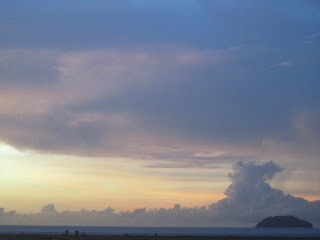 Borneo is an island and by some weird Bornean magic, no matter which coast you are on, you seem to be able to see the sun set into the sea. I never did quite figure out how this works, but well, who's going to complain when you get sunsets like this?

And yes, last night, at sunset, I was indeed back in Borneo, appreciating a Kota Kinabalu sunset from the airport, which borders the seaside. The only trouble was I was coming back and not going...

All good things come to an end. 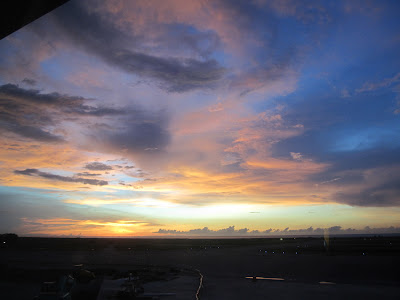 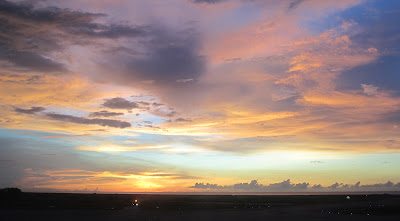 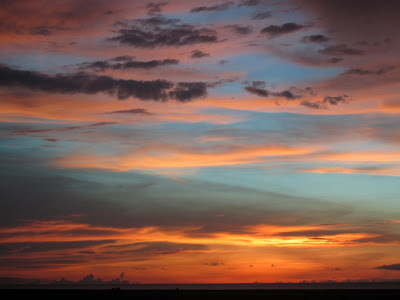 Somehow, waiting for a connecting flight was not a hardship.

High drama in my garden

Trouble is, I'm not quite sure what the drama was about, but it certainly was heartfelt. I was writing in my study when I became aware of the kerfuffle unfolding - birds in a panic. Not just one, but dozens. Alarm calls among passerines (those small garden birds) are pretty well universally recognised between the species. There's an obvious advantage to this.

The interesting thing about birds is that an alarm call often brings birds in, rather than scares them off. Especially the males they want to see what's happening. And often, if the danger is one common to them all, they will cooperate to get rid of it. If you've ever seen a cat cowering in a tree under a united attack, you'll know what I mean.

So, being a sticky beak - even if my mouth parts don't fit the metaphor - I went to see what was happening. Unfortunately for my curiosity, it was all taking place high in the foliage and I've no idea what was there that was so alarming.

The oddest thing was that the state of complete consternation went on for about an hour, which is far longer than, say, the sight of a snake or a cat usually elicits. There were three female Asian Koels at the top of the avocado tree obviously fascinated by what was going on (casing a nest?), so I did wonder if it was them. They are related to the cuckoos and lay their eggs in crow nests, so it was possible that other birds recognise the generic cuckoo and take offence. But then, none the alarmed birds were in the avocado or made any attempt to chase them off.

There were at least four Black-naped Orioles too, flying in an out to take a look. They are predators of eggs and young, but once again, the other birds ignored them.

Perhaps it was my resident Common Palm Civets that were the cause of the alarm, although I couldn't see them.

The birds making the most noise were male and female Oriental Magpie-Robins - ten or more of them! - and a similar number of Yellow-vented Bulbuls. They were joined from time to time by Common Ioras, Ashy Tailorbirds and Olive-backed Sunbirds.

There may have been other species as well, as birds were fluttering in and out all the time.

I guess it will have to remain a mystery.

More adventures start for me tomorrow...but more about that later.
.
Posted by Glenda Larke at 6:47 pm 1 comment: 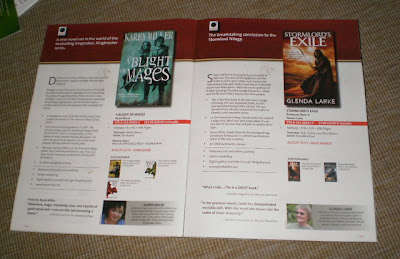 And I've read them both!
(From the Orbit catalogue)
Posted by Glenda Larke at 8:06 pm 8 comments:

All in the Family 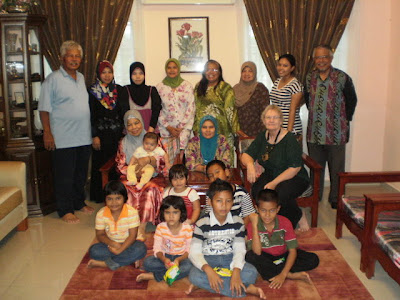 If you keep up with what the rest of the world was doing this week, you will know it was a major event in the Islamic calendar, when people do the main part of the Haj. Even for those who don't go, there are family get-togethers, prayers and feasting. Here is part of my Malaysian family at my brother-in-law's house in Malacca. 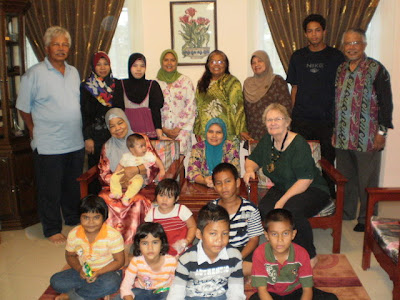 Have spent the last couple of days silenced by the state of my throat, so a good time to work, no?

And I spent the time working on my book-proposal-come-synopsis. Which is something I hate above all other writing jobs. You try writing a summary of a story that is unbelievably complicated and full of weird stuff, each element of which you can't possibly explain in less than a chapter. Sigh. Anyway, it has been done and put aside for a day or two to stew before submitting, but I shall let you all in on the secret...

The titles I have settled on.
Now, if you've been around a while, you will know that never yet have the first titles I thought of been what we ended up with, but what the heck. I try. And here they are:

This one's a duology or whatever it is you call two-book-ologies. So the duology is called The Hidden Kingdom. Book One is The Masks of Yedron. Book Two is The Thwarted Prince.

And that's all about it for now.

And in other news, Jo (bless her) just sent me a gorgeous online advent calendar with all the whistles and bells. I'm actually dying for December the 1st to see what it does!
.
Posted by Glenda Larke at 9:23 pm 2 comments:

Email ThisBlogThis!Share to TwitterShare to FacebookShare to Pinterest
Labels: news, The Hidden Kingdom

As those of you who follow me on Twitter or Facebook will know, husband got noramlyed. Again. You see, he was so jealous of my huge, never-to-be-forgotten bit of noramlying, by an Icelandic volcano no less, that he decided to do the same thing. His flight was cancelled because of Mt Merapi in Indonesia. (Remember the photos I took of Borobodur? That volcano.) He was on his way to Bandung. He managed to go the next day by flying to Jakarta and then taking a taxi with others for 3 and a half hours...halfway across Java. So folks, we don't do anything by halves when we travel.

I managed to hand in the 65pp of the report, which is now being digested by other people, so I'm freed - a bit - to do other stuff. Like write a book proposal. And do no less than two copy edits. But there is still much to be done for the project, so I continue to be extra busy...

And I'm sick. Lost my voice entirely. Which many people will probably think is a really, really good thing ... Tried to do without antibiotics, but it just got worse, so I gave in. I slept 13 hours out of 24 hours and feel loads better now. Still sound like a adolescent drake with its voice breaking, but I'll live.
Posted by Glenda Larke at 10:42 pm 3 comments:

Don't you just love this??

From one of our nation's newspapers... (Thanks to Smathi for the link!)

KUALA LUMPUR: Institutes of higher learning should make it compulsory for students to get involved in voluntary activities, said Datin Seri Rosmah Mansor.
"The nation needs citizens and future leaders who are not only intellectually capable and civic-minded but also those who care for their fellow citizens, especially the less fortunate," she said.
The Prime Minister's wife stressed that the spirit of social work and volunteerism, especially among students, was important in the creation of a harmonious society....

So much around these days about how books made of paper will be a thing of the past and we'll all be reading ebooks soon. Books you can shelve are doomed, dadidadida...

Well, this figure below may mean exactly nothing and doubtless there are all sorts of criteria one needs to take into account before extrapolating anything...

...but here's a statistic from sales of "The Last Stormlord" in UK, for the four months after publication. As far as I know the book was available on kindle from the get go, and possibly on other sites through other ereaders.

The Last Stormlord sold less than 1% of its sales through ebooks. To be precise, 0.74%. Make of that what you will. When I get the US figures, I'll put them up too.
Posted by Glenda Larke at 2:40 pm 11 comments:

Email ThisBlogThis!Share to TwitterShare to FacebookShare to Pinterest
Labels: The Last Stormlord

Nook Books and a Podcast...

Firstly, US readers, you can get The Last Stormlord and Stormlord Rising in Nook Books over at Barnes and Noble. Look here.
And secondly, you can hear me in a Salon Futura podcast here. Actually the other two being interviewed by Cheryl - Lou Anders and Tim Pratt - have much more interesting things to say than I do, so go listen. It's all about whether fantasy is gendered.
And think of me still writing that report...
Posted by Glenda Larke at 7:43 pm 1 comment:

...and this was the view from his window. 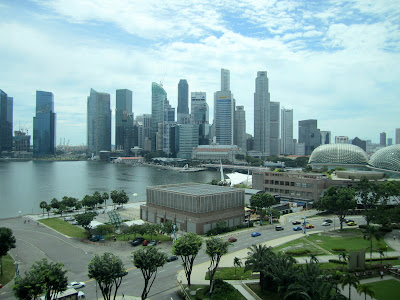 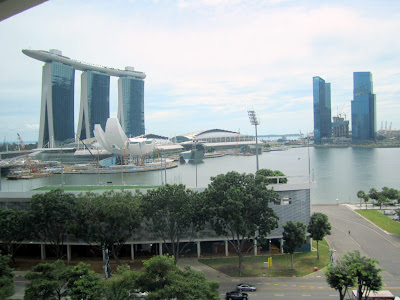 Live in the UK? This is the day! 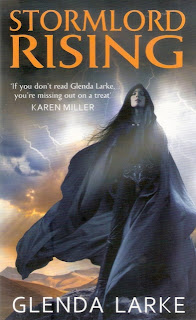 My daughter (who hasn't yet read Stormlord Rising) went to her local Waterstones this week, only to be told that yes, they had the book in, but it was embargoed until today, release day. 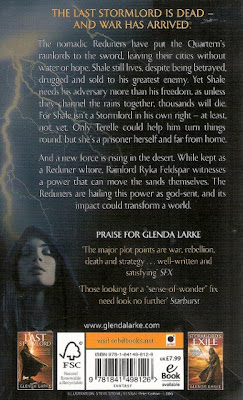 That's right. You can now go out and buy it! Right this minute! You can read it over the weekend. And post an Amazon review, or something.

(Do I sound desperate to know what you thought? How did you guess?)

Oh, and look - on the back of the book there is a tiny sneek preview of what the cover of Stormlord's Exile looks like...
Posted by Glenda Larke at 11:25 am 6 comments:

Yep, that's right, as of tomorrow in the UK, Stormlord Rising is available in book stores!
It's been bouncing around nicely on Amazon for a couple of days, breaking the 1,000 mark on the best seller list, which is lovely to know. And of course, I am an utter wimp for even looking...
(Just try to stop me...) 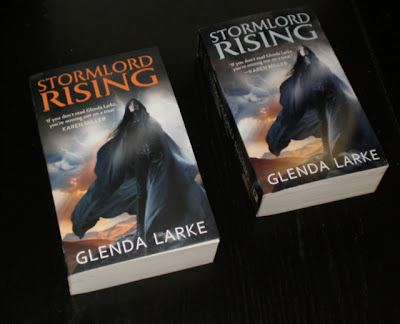 Which do you prefer? 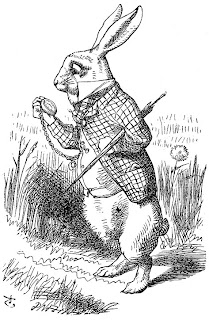 Usually I manage my writing life and the conservation project side  of my life nicely. When I am flat out with one, the other is not to the forefront.

Alas, this time they clash. Delays have pushed both to occupy the same space in my life.

Which means that blogging is going to suffer. Short posts for a while, and not every day, but I haven't forgotten you all... hang around, I shall be back!
Posted by Glenda Larke at 8:19 am 2 comments: