TODAY I HAVE A NEW BOOK OUT WORLDWIDE

The second book of THE FORSAKEN LANDS is out today.

If you haven't read book 1, THE LASCAR'S DAGGER, look here for reviews to see if it might interest you. To my intense pleasure, it made "the best fantasy of the year" for one SFF blogger, and featured on a couple of "best-books-read-in-2014" lists compiled by book bloggers.

So what is Book 2, THE DAGGER'S PATH all about?

Well, half of it is set on the opposite side of the world, in the spice islands of the story. That's the Sorrel, Saker, Juster and Ardhi thread.

Back in the Va-cherished Hemisphere, those left behind (Fritillary Reedling, Lady Mathilda, Gerelda) have their own horrors to confront.

Both sides of the known world are under threat, but the threats are very different ... or are they linked? The characters have been pushed by the dagger into confronting these dangers, but how they tackle them, and whether they find solutions -- that's up to them. 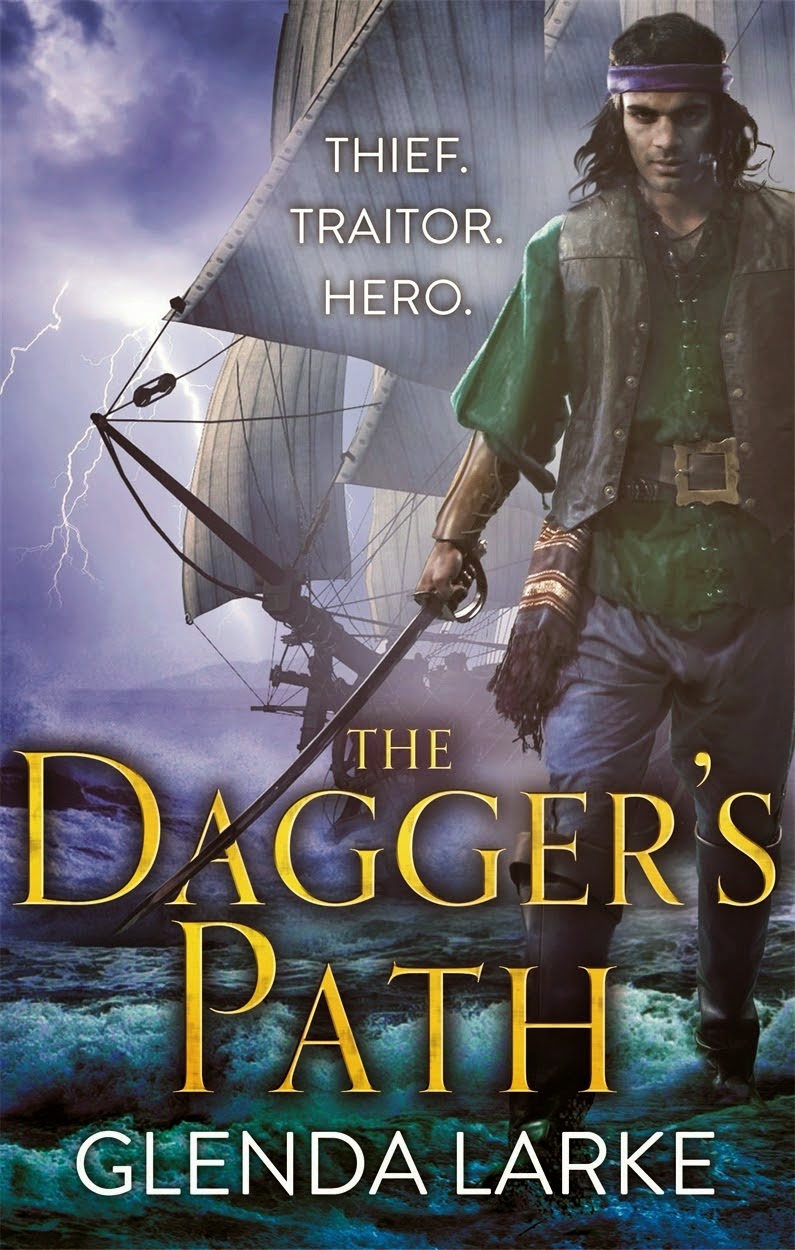 Below are some photographs of some of things and places that inspired me.

-- only this time with buccaneers, unscrupulous merchants, battles, mystery, conflict and mayhem.

As part of the book includes the journey of getting from one side of the world to the other, I had to pay attention to sailing ships. I went on board every one I find, but the two which offered the greatest authenticity and were more appropriate to the period were two replicas found in Australia:  Dufken, below, from 1606 and the Endeavour from 1770.

Email ThisBlogThis!Share to TwitterShare to FacebookShare to Pinterest
Labels: news, The Dagger's Path, The Forsaken Lands, The Lascar's Dagger

Love it wish I could go to those islands. Mentioned you on my blog for Tuesday.

To tell the truth, I miss those islands too...

Just finished it. I particularly noticed how well you handled the birds. The descriptions were detailed and spot on in looks and behaviour.

(You wouldn't believe how often writers & artists get wings wrong.)

Loved the whole thing with the islands especially ... umm... I suppose people wouldn't want spoilers... the sources of the plumes. Everything to do with that.

Yeah, the knitting together of the threads of plot & reveals characters being fleshed out (Mathilda is going rather as I suspected. I look forward to more of her brother) and what not are well done, but I've got to burble about someone getting the natural stuff, the birds right. It seems to be incredibly rare.

Is this a trilogy, or quartet?

I am so relieved when I first hear that people like it. A writer spends so long doing something more or less in a vacuum, without a clue if they are on the right track!

Being a birder for most of my life, and working specifically in bird conservation projects, does impact the way I write about birds and they do make an appearance in my books from time to time. In "Gilfeather", particularly.

This one is a trilogy, and book 3 is due to be handed in at the end of March. Ryce is back in book3

Thanks for the response, Glenda.
My teen read over my shoulder and exclaimed rapturously "she put in dewclaws! Seems like no one ever remembers or knows about wings having dewclaws." Then I showed some of the other bird-y passages and said teen was just thrilled.

anyway, I've been reading your stuff since HAVENSTAR, but I wasn't tuned into birds back when I read Gilfeather, etc.

My husband just finished the book, too (you get paid for two purchases, BTW, a kindle (me) and the paper (him)) and also liked it, but thought the Saker & Sorrel interactions were getting tiresome. I think there may be something else besides a pairing in the works, but won't say here.

Elaine, if you ever read any dragon books, particularly the dragons of Pern, they all have a dew claw on their wings.

Fantastic Book I read both Lascar's Dagger and Dagger's Path in two days I was gripped I can't wait how to see how you finish the story. I especially like that I only have a few weeks to wait for the third book! Patrick Rothfuss still hasn't released his third book and he wrote it when he was in college 2nd book release 2011. You on the other hand seem to release your books close together keeps me engaged and eagerly awaiting more. Also loved The Isles of Glory trilogy and The Mirage Makers sorry but I got lost in the Watergivers.

I'm sorry, Dan, but you'll have more than a few weeks to wait. Book 3 is not out until March next year. I will be handing in the manuscript at the end of next month, so rest assured, no delays are expected though!

Still a year between books is pretty reasonable and in all honesty the same with most authors. It's a great story so far I will calendar Marchish next year as possible release you can't help publishing delays.