How would you like to win every single Orbit book published in 2011?
Orbit Quest
Orbit is one of the biggest publishers of science fiction and fantasy and to live up to their heavyweight status they’re delivering a KING SIZED competition for SFF fans. Don your amulets and dust-off your hooded cape  - get ready for this epic quest... 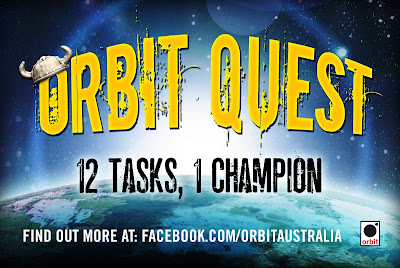 Orbit Australia is laying down the gauntlet. They want to find the most knowledgeable, the most worthy and the most steadfast fan to be knighted the Orbit Champion for 2011.
The winner of Orbit Quest will receive EVERY NEW RELEASE TITLE from Orbit books for 2011. (That’ll be around 70 books!)
There are 12 simple tasks, each of which garners points. The challenger with the most points at the end of the quest will be knighted Orbit Champion for 2011. One does not have to complete all the tasks, but each task you complete can mean more points.
Listed below the first 11 tasks...
Your time begins now and the competitions closes 30 November 2010 at midnight EST.
Please see our full T&C’s to check the finer points and go to the Orbit Australia Facebook page to register. Ask any questions below or email orbit@hachette.com.au
Good luck, keep steadfast and fight with honour.
-  from The Orbit Team

How to be in instant bestseller 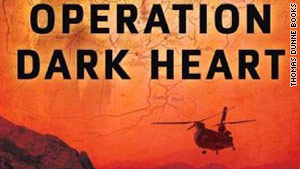 Washington (CNN) -- The Department of Defense recently purchased and destroyed thousands of copies of an Army Reserve officer's memoir in an effort to safeguard state secrets, a spokeswoman said Saturday...

...at least one seller on the online auction site eBay claiming to have a first-edition printing is selling it for an asking price of nearly $2,000...

(From CNN US news, September 25th)

My comment? The Pentagon has never heard of the digital age. And can anyone persuade them to take a dislike to my books too? 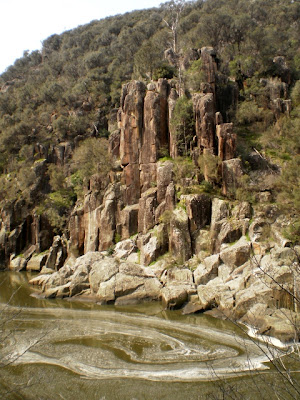 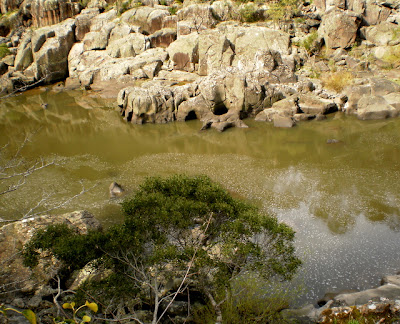 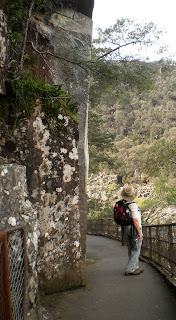 One nice thing about Launceston - all these photos were taken within a kilometre or so, just a short walk from the city centre. That's right; it must be one of the few cities in the world that has a gorge bang slap in the middle. 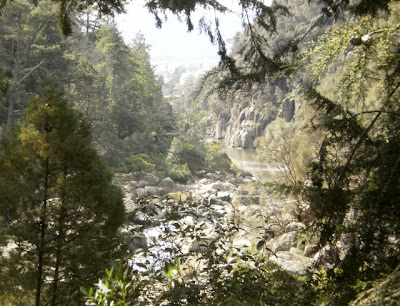 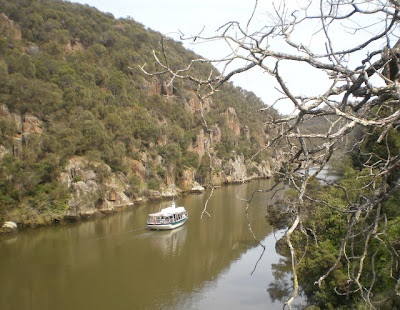 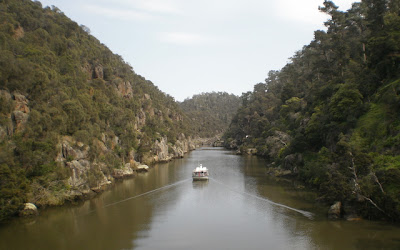 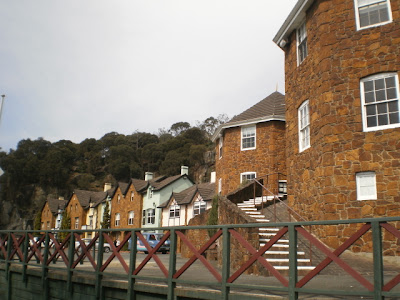 I am home again.
I know, because I had to catch a frog in the kitchen last night and release it outside, because I was woken up by the mosque this morning, because there are bulbuls in the garden and house geckos on the ceiling.

We flew out from Launceston, and here are some of the photos from the wetland centre just out of town there, where we managed to get our Tasmanian birdlist up over the 100 mark with the addition of the Purple Swamphen and the Reed Warbler. Heard the grassbird, but didn't see it, alas. Black Swans were nesting all over the place! 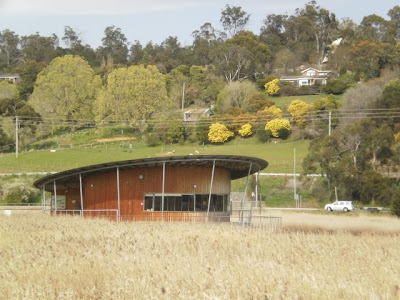 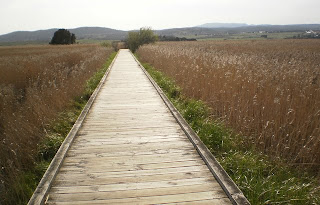 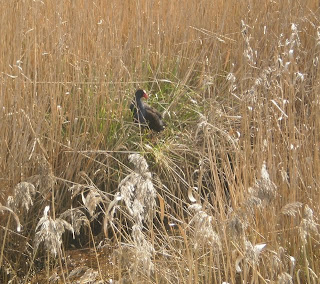 This is a lovely area, manned by volunteers. I tried, years ago, to get authorities in Malaysia interested in doing something similar in my own area where we had a lovely swampy place. I once counted 21 bird species in half an hour without moving myself from one spot. And that was just birds. There was other wildlife - tortoises, butterflies, lizards and so on. It is a housing estate now, sans park of course.

The whole of Kuala Lumpur with its millions of people in the greater metropolitan area - once surrounded by swamp parkland teeming with life - has nothing like this. Launceston, with its tiny population, can do better than a huge rich metropolis like Kuala Lumpur. Here we have roads and hoardings, noise and pollution and much ugliness instead.


Wildlife and biodiversity has no value here unless it brings in money. And swamps are seen as ugly, full of dangerous things like mosquitoes and snakes.
Posted by Glenda Larke at 9:04 am 3 comments:

Finally we capitulate and leave.

But even more creepily, when we return later on that day - just driving past the same field without stopping - the cows came galloping down the hill to chase us until we vanished from sight.

Tasmania, you have truly creepy cows.
Posted by Glenda Larke at 8:27 pm 6 comments:

From Cradle to Sea...

Yesterday, we started the day like this:
We left anyway, without waiting for the snow plough, as it was still snowing and there was not indication it was going to end.
And this is where we ended the day, at St Helens on the east coast: 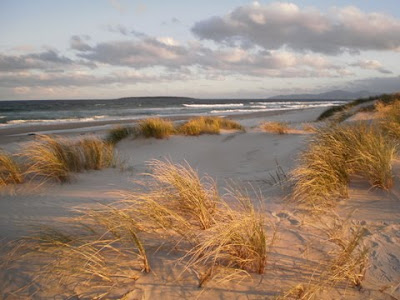 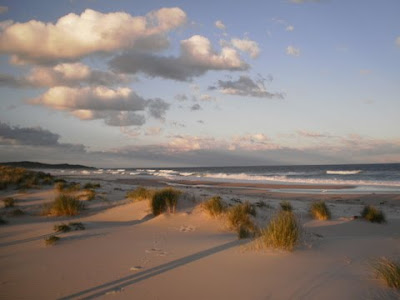 Along with Red-necked Stints and Red-capped Plovers running along the beach and a White-fronted Chat on the dunes...

A look at the offbeat. What are they?

And who are they? Plastic dolls on the forest floor?
Nope. These are Helmet orchids. Corybas diemenicus
Posted by Glenda Larke at 7:59 pm 1 comment:

So it really does snow in Australia.

Cradle Mtn. Froze. And there were animals...

And what have I discovered today? Tasmania can be raaaather chilly when the weather is arriving from Antarctica...
Posted by Glenda Larke at 6:04 pm 4 comments:

Blown away by Tasmania...

A hairy drive by night into Strahan in the rain...hunting out our accommodation in the dark...and here is where we landed up.
All of which probably explains what happened last night.
Strahan, for those who don't know, is on the west coast of Tasmania, in the path of the Roaring Forties, the westerly winds that sweep around the world interrupted only by the tip of South America, New Zealand's south island -- and Tasmania.

Which probably explains why, in the middle of the night, I awoke to feel my bed shaking. Literally shaking. The thunder banged, the rain battered the walls and bushes hammered at the house.  The walls moved. They shuddered and the floor shuddered with them, shaking the bed. Shaking me awake.

However, the house prevailed, and all was well come morning. If cold. Minimum 4 degrees, maximum 10c. The wind straight from the Roaring Forties. Hail and sunshine, both. Glorious rainforest. One of the world's most glorious wilderness areas.

Oh, and I bumped into a friend from my home town and Worldcon... in a sawmill. And then again at a totally deserted airport where we went to find a (mythical?) ground parrot. Helen, don't tell me you were also there to track down the elusive parrot?
Posted by Glenda Larke at 6:44 pm 3 comments:

Where we were today: Mount Wellington, Hobart 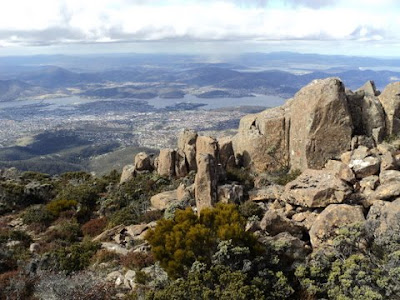 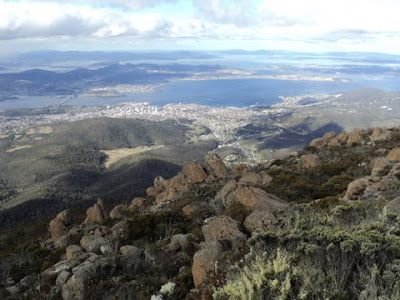